Why the Lynx Deserve More + How You Can Help

You don't have to read this blog for long to know that I am a huge patron of the arts. 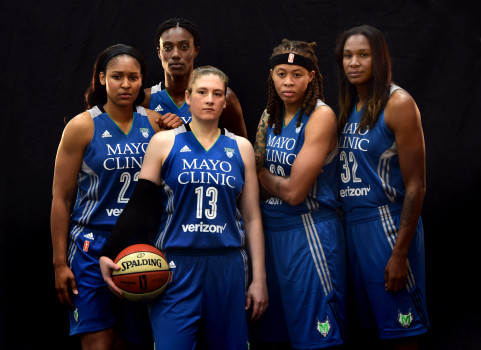 Fine art, collage, fashion, theater, dance, music - you name it and I'm probably writing about it. I love finding new ways to expand my mind and creativity.

Sports, however? That's a tougher sell.

It's not because I don't like sports. I do. I grew up watching baseball and football and I have participated on several different teams throughout the years. Sports build discipline and character in addition to being good for the body. I get it. I like it. It can be a nice change of pace.

What I don't get is how much money is invested into professional sports teams, especially in this state. I will never forget when the $1 billion stadium for the Vikings passed but we couldn't scrounge up a measly few million dollars (in comparison) to save the world-class MN Orchestra. There are arguments to be made (that have been made, and often) on both sides of that conversation, but the long and short of my thoughts? Something is rotten in the state of Denmark.

Amid all the furious argumentation about new stadiums, "needed" spending for sports teams, and the entitlements they feel they deserve, one team has quietly set the standard for their sport and community involvement without a modicum of fuss: the Minnesota Lynx. 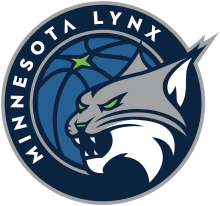 I am not a born and bred basketball fan, but I've made a point of going to support Minnesota's only winning (and only female) professional sports team over the last few years, and I'm definitely impressed. These are true, dedicated athletes, with vision, discipline, passion and finesse. They keep their heads down, get the job done, and give back to the community with a rare passion. If there's any team that deserves to have a diva moment it's this one, and yet they don't do it.

I was lucky enough to attend the Game 5 WNBA finals (as well as a semifinal game) to watch the Lynx clinch their fourth title. It was a tour de force event, the best of what a sporting event can be, and much of it left me breathless with excitement. It was great fun, and I'm so proud of what these ladies accomplished, but I wish they had had more fanfare and respect while they did it. I couldn't stop thinking about this issue, and it got me pretty salty as I wondered:

Why was this championship team, a team literally made of olympains, relegated to playing their final games in a 90 year old stadium with limited concessions?

Why did the team have to pay to upgrade that stadium for weather needs when it didn't even own it?

Why are so many of their regular season games poorly attended?

Why are these players paid so much less than their NBA counterparts, despite the fact that their winning record is exponentially better?

Why is their championship parade not on a prime time street over the weekend so everyone can attend, rather than shunted into a weeknight in a less populated part of the city?

Why is there so little press and fanfare over this incredible legacy?

It's impossible to watch the Lynx play and not have these questions running through your mind. The Twins bombed out (yet again) of their first round playoff series earlier in the same week and were met with breathless fan and press coverage that endlessly dissected every moment of the series. The Lynx went all the way to a Game 5 win against a serious, talented rival in a matchup that is very akin to the Golden State Warrior and Cleveland Cavallier matchup of their NBA counterparts, but comparatively the coverage amounted to a footnote against the Twins' mountains of press.  The Vikings got a $1 billion brand new stadium despite never even attending a Super Bowl, and the Lynx won their final and semifinal series in a second rate stadium that wasn't even as nice as their borrowed regular season venue. Why? Where else could the Wild (whose season hasn't started) practice? (Cue eye roll). Maya Moore, widely acknowledged as the Lynx's biggest star, was making a salary of $45,000 a year until a few short years ago. You won't find a male athlete sitting on a bench for any of the aforementioned teams making that little. She still makes far less in comparison to her Timberwolves equivalent, Jimmy Butler, despite the fact that she's played here for years, is a pillar of the community, and has proven her dedication to her team.

There is such a double standard when it comes to women athletes, and I'm tired of it. This issue has been beautifully discussed by legends like Serena Williams and the U.S. Women's Soccer team, and it has got to change. There are women out here working harder and with better results than the dudes on the other side of the bleachers, but it takes so much for them to get the credit they deserve.

I'm not a fan of endless complaining. So what can we do? A LOT. Here's how we as fans can help fix this problem:

Sexism invades all areas of life, and it can be a nefarious thing to fight. This is a clear, cut and dry area that we the public can make a difference in. Societal change often starts at the top; why not begin here? Demand equal pay. Demand fair treatment. Acknowledge the accomplishments. The Lynx deserve every bit of it; you won't be disappointed if you do.

If you have other ideas of proactive ways to support the team, let me know! I'd love to hear your thoughts.

Posted by Compendium at 3:27 PM