A Sturdy Invalid: Playwright and screenwriter Christopher Hampton talks about his body of work, his life as an outsider, the state of theater, and his up- coming series at the Guthrie.

Christopher Hampton may be best known for his screenplays, which include Atonement and Dangerous Liaisons (he won an oscar for the latter), but Hampton exploded into the theater world in 1966—at the age of 20—when his first play, When Did You Last See My Mother?, was performed in London’s West End. Born in the Azores in 1946, Hampton has led an extraordinarily international life, beginning in his early childhood. He lived in Egypt until the age of 10 when his family fled the 1956 Suez crisis, after which they lived many places, including Zanzibar and Hong Kong. Hampton has been fascinated with language, displacement and international issues ever since. Hampton’s plays are the focus of an upcoming series at the Guthrie Theater, which will include Appomattox, Tales from Hollywood and Embers. The series begins at the Wurtele Thrust Stage Sept. 15. 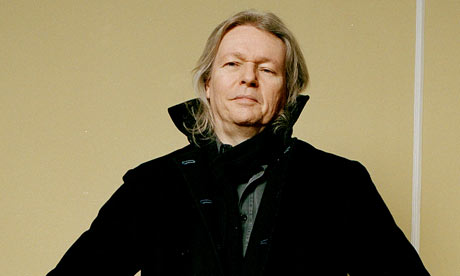 METRO: Has the international life you’ve had influenced your writing?
Christopher Hampton: I think so. I think the time I spent when I was brought up in Egypt did mean that when I came back to England—I was already 10 years old, I guess, and I was in a boarding school and thrown into the deep end of English life—[I had] a very strong sense of being an outsider. I think it’s good for a writer to have that.
To be displaced?
Yeah. Because you’re always making sense of different worlds, and reading people’s characters so you don’t get into trouble and all that kind of stuff. I was very happy in Egypt. But it’s an odd thing to be exiled. And I suppose for that reason I’ve always been interested in people who have been exiled or displaced.
Did you know from a young age that you wanted to write plays?
Not plays. I was slightly the odd-person-out in my family, because they were all fanatical sports people. I was a little boy with thick glasses who just wanted to read a book. I said to my father that I wanted to be a writer; I think normally what happens [is] that tends to frighten parents who don’t think that’s a very good idea, but he was great about it. He said the thing is, you have to start writing right away. And then I just decided to try. I wrote my first play when I was 18.
Appomattox is a U.S.-centered play; do you think your perspective, not being an American, gives you more distance or a completely differen perspective? Does it help you at all?
Possibly. Not having been brought up with a deep knowledge of [American] subjects—let’s say the Civil War—I came to it fresh. It was like studying an unknown subject and familiarizing myself with an unknown section of history. So that hopefully gave me a certain degree of objectivity.
When you're working with actual people and events, do you feel an burden of accuracy? How do you navigate that?
Totally. I’m very careful, as careful as I could possibly be, to be truthful to the subject. And I’ve become more and more drawn to historical subjects and factual subjects in recent years. It’s been a long time since I’ve written anything that was pure fiction.
I read that Tales from Hollywood, another story about an actual person, is your favorite play. Is there a particular reason?
Probably because it’s about exiles and exiled writers, and I really identified with their situation. It was one of the first times I wrote a play which led me to the conclusion that what really happens is always more interesting than what you can invent, because what happened to these people was really beyond what any fictional account would have come up with.
Is there anything in particular about the upcoming Guthrie performances that you want audiences to look out for?
When you have a new play [Appomattox] you’re really in- terested to see how it works with an audience. But we’re trying to make the experience as [varied] as possible. I’m looking forward to meeting as many people as I can from the local community and talking to people about making it sort of an interactive experience.
Is this your first time being in Minneapolis?
No. I actually first came here toward the end of [Garland Wright’s] time; he had staged a Molière translation of mine in Chicago, which had been a huge success, so I got to know him that way. Then he brought me out here and I did another Molière translation for him. But he was ill so it never got made, but that was my first time here. Then Joe [Dowling] invited me out two or three years ago to begin. We’ve been talking about this for quite a long time.
You have such varied projects. How do you choose which you're going to do?
Instinct. A lot of times people ask me to do very interesting things, but I don’t want to do them because they don’t ring that bell or somehow chime deep ... when I start work on something, I don’t really know how it’s going to turn out. I still may not have worked out exactly what Appomattox is about.
Any other living artists that you admire or who influence you?
Appomattox started life as a much-different libretto for Phillip Glass, and he’s someone I’ve had a very close relationship with for quite a long time now. I love his music, so i’ve always had a great pleasure with working with him.
Do you feel that the theater world has changed substantially?
All through my life people have said the theater is dying. And it’s a pretty sturdy invalid, if you ask me. It doesn’t seem to be any frailer than it used to be. On the other hand, I think when I started in the late 1960s it was a very good period to start, because i think it was one of those [times] when theater was very fashionable. And so sometimes it recedes and sometimes it takes center stage, but I think it plays an important part of people’s lives, especially at times of recession or difficulty of one kind or another—people tend to start looking for someone to tell the truth, and the theater is very well placed to do that.
So you see the theater as a place for honesty?
Absolutely—a place for saying things people are hesitant to say in other contexts. When [theater is] really cooking, it is telling people things they sort of know but haven’t quite formulated.
And you make a conscious choice with your work to do that.
I think so. I always think it’s a compliment if people say your plays are provocative. They ought to be, really.
Posted by Compendium at 10:46 AM