Andrew Zimmern, a food writer, chef, James Beard Award-winning TV personality (Bizarre Foods with Andrew Zimmern, Andrew Zimmern’s Bizarre World) is not only one of the most recognizable and knowledgeable personalities in the food world. He happens to be a Twin Cities resident—and an advocate of sustainability and food-access equality. Zimmern will be speaking at this weekend’s Kickapoo Country Fair in La Farge, Wisc. He recently chatted with METRO about his upcoming projects, the goal of changing American food production and how we can “eat our way to a better planet.” 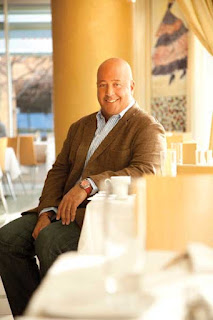