Best of 2017: My Favorite Theater Performances and Top Blog Posts

No annual roundup would be complete without a listing of the top performances I saw last year.


If I had to sum up my feelings about the Twin Cities theater scene in 2017 in just a few words, I'd leave you with these: diverse, general excellence.

It's hard out here at times for someone who sees a lot of shows to write reviews. There are so many companies doing so many different things that they often don't belong in the same categories. The quality in general tends to be very high from show to show and it's quite rare that I see something that I totally despise or just can't support. I hate to sound like a recurring positive broken record, but I genuinely enjoy 90+% of everything I see and I want you all to know how much I love the amazing work amassed by our talented theatrical community as I engage with it.

So with all that in mind, let me introduce you to my favorites of 2017, shows that I can't stop telling people about even months after they've closed and that I desperately wish would return in all of their glory. I'm thoroughly excited for the upcoming seasons from each of these wonderful companies and let me know: what were your favorites? Do you disagree with any of my choices? What are you looking forward to in 2018?

*Note: all shows are listed in order of when I saw them throughout the calendar year.

**Note: all photos were used with permission from the theater/company and are sourced in my original reviews, which are linked below. Please click through to find credit. 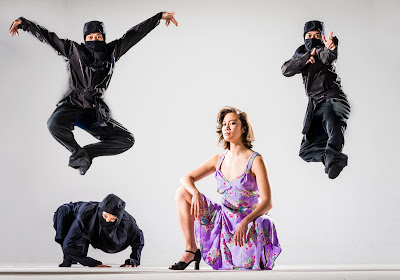 This was the first must-see performance of last year for me and it cemented the extraordinary cast - including perennial favorites Meghan Kreidler and Sun Mee Chomet, as well as new-to-me David Huynh - as must-sees in any upcoming performances. I wrote about Vietgone that it was "Hamilton meets Kendrick Lamarr meets the Vietnam War, and it's sublime" - words I still vouch vociferously for to this day. From the witty dialogues to the sexy, serious subject matter, Vietgone brought an untold American perspective to vibrant, throbbing life. 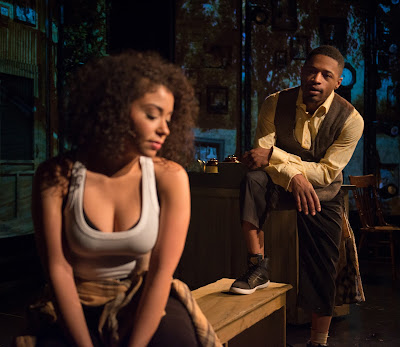 I didn't label Girl Shakes Loose as a must-see when I saw it as I had just posted my Vietgone review and I thought two raves in a row was too many. I've regretted that ever since. This edgy, thoroughly modern world premiere musical told the story of a bisexual millennial in a completely new way (both musically and narratively), and I've thought of it often since it left the stage. Girl Shakes Loose starred many terrific young African American actors who are sure to become stars in the Twin Cities theater scene and the only phrase I can use to describe it appropriately is screaming fresh. Girl Shakes Loose didn't get nearly the amount of press it deserved when it came around last year; here's to hoping it comes back and gets more attention. 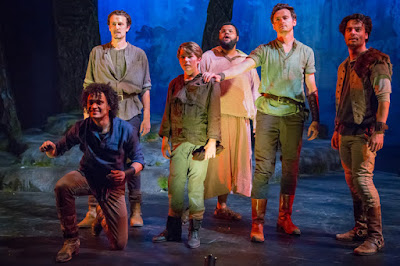 3. The Boy and Robin Hood (read my original review here)

Is there anyone more ambitious right now than Tyler Michaels (except for Kory LaQuess Pullam, of course)? A cornerstone of an excellent passel of hyper-talented young performers making their rounds in the Twin Cities theater scene these days, Michaels has moved himself from starring roles to working behind the red velvet curtains in the director/producer/choreographer's chair, and the early fruits of his labors are promising indeed. Michaels' new venture, Trademark Theater, is not only performing new work but writing and scoring all of that work at the same time. I was thoroughly impressed with this new take on Robin Hood and it was easily one of my favorites last year. Trademark has a few growing pains to work out but have no fear: the path they are on is fantastic, entertaining, and bright indeed. 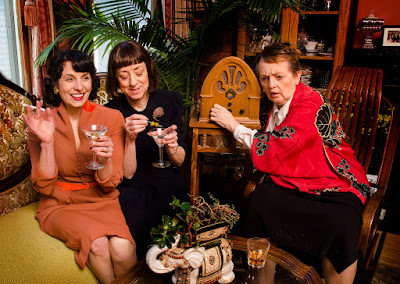 I've been so excited to see the explosion of women on stage and behind the scenes, and one of the most promising new developments is the work of Prime Productions. Concentrated on telling the stories of "women of a certain age," Prime Productions got off to a banging start with Little Wars. I was delighted to see such a strong group of female performers and learned so much about a period in history I knew little about. Prime Productions fills a vital hole in our theatrical community, and I can't wait to see what they'll be up to next. 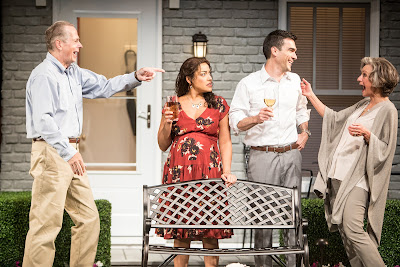 What can I saw about Native Gardens that I haven't already said? This brilliant, masterful comedy from Karen Zacarias was an immediate standout when I saw it last summer. The set is one of my favorites I've ever seen, but even that was totally outshadowed by the delicious performances from this tight four-person cast. Covering any political issue you can think of (from immigration to women at work to motherhood to gentrification) with finesse and biting honesty, this Guthrie production was pitch-perfect from start to finish. 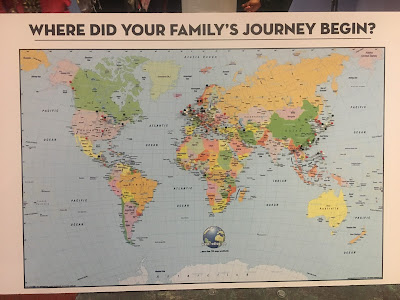 Mu Performing Arts has always been one of my go-tos for fresh, totally original work, and their Immigrant Journey Project was totally unlike anything I've ever seen. Created with the benefit of grants and participation from local immigrant communities, this show told many diverse, real-life stories of the ways that immigrants came to Minnesota through beautiful vignettes and brightly designed puppets. The unpolished, raw performances from local immigrants, several of which were translated from their tribal languages into American English, were moving and vital, and I thought of them long after the lights turned up. The Immigrant Journey Project was everything that Refugia (which had a much larger budget, profile and press coverage) should have been, and I hope we get a series in this vein with Mu at the helm.

7. In The Heights (read my original review here)

Lin Manuel Miranda is the rare example of a celebrity whose praises may actually be undersung. Many people know Miranda for his work on Hamilton and Moana, but before they existed he created In The Heights, a beautifully performed musical at the Ordway this year. In The Heights proved that you don't need to travel to New York City to get a full on, spectacular, Broadway-caliber theatrical performance; instead, you can stay right here and indulge in top-notch work at one of our many theatrical gems. There are few things I would gladly purchase tickets to watch again and again within a limited week-long run; In The Heights was one of them. That is all you need to know. 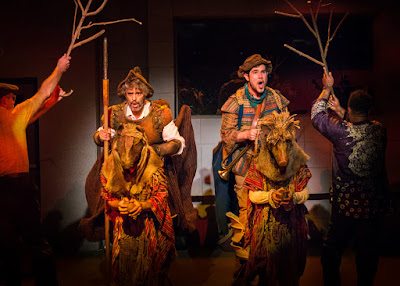 Man of La Mancha is one of those revered musicals that has never done much for me. It's fine, whatever, I'm tired just thinking about it - except in relation to the fabulous rendition performed by Theatre Latte Da last fall. Featuring a terrific cast with several new-to-me actors (who I am dying to see come back in roles in other local shows), Man of La Mancha made me fall in love with a musical I thought I'd never care about. The inventive staging, hearty musicality and inventive costumes sold me from the get-go as well as on future productions from Theatre Latte Da. 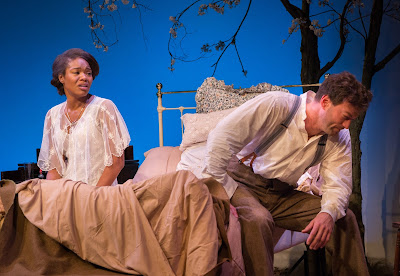 Wedding Band was one of the shows I was most excited to see last year, and the Penumbra's production exceeded all of my high expectations. Starring a revelatory Dame-Jasmine Hughes, Wedding Band is the only play I've seen to-date that tells the truth - the whole beautiful, painful, terrifying truth - of interracial relationships in the United States. It moved me from start to finish and gave an articulate voice to many of the struggles I face in my own interracial relationship, and I can't recommend it highly enough if you ever get the chance to see it. 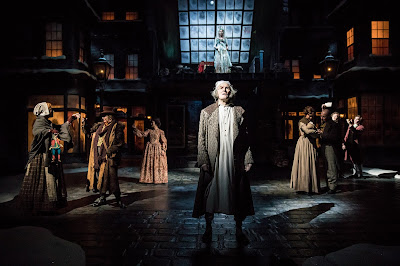 I know, I know - how on earth did the Guthrie's perennial holiday show make my list? I'm as surprised as you are, but let me tell you: I was blown away by the fresh staging by this first-ever female directed production. With select performances featuring a woman in the role of Ebeneezer Scrooge, a noticeably diverse cast, an expertly trimmed script and a gloriously lavish set, this Christmas rerun entranced me from the get-go and was one of my most recommended shows over the holiday season. 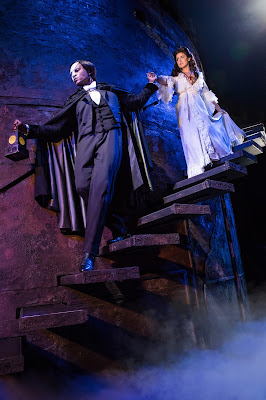 11. Phantom of the Opera (read my original review here)

Another pick that's not the most original, but I make no apologies. Phantom of the Opera has been a favorite show for my entire life, and the re-imagined set in this production (which runs through tomorrow - you can still grab a ticket if you dare!) is still my favorite I've ever seen. In my life. Of all time. It's lavish, it's transportive, and combined with the experience of seeing the first ever African American actor I've seen in the role of Phantom (my favorite second only to Michael Crawford, a testimony in itself), this was a top-notch production that I am not ashamed to ring the bell for. 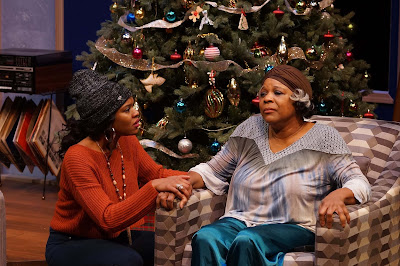 Dot was one of the most unexpected surprises on my best-of list this year. The summary - a story about a woman suffering from Alzheimers and her family over the holidays - isn't terribly engaging and sounds downright depressing. But what I found in this lovely gem of a show was education about an increasingly common disease, terrific ensemble performances, and a bevy of hilarious scenarios that brought teeming life and realistic elements to what otherwise would have been a devastating, heartbreaking story. It rung true from my real-life experience with Alzheimer's in my family and is a show that I hope generates more press attention than it's currently received. You can still get tickets (and I highly encourage you to) through early January. 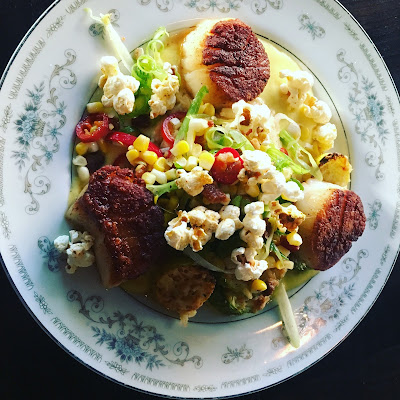 And while I'm at it, here are some other favorite pieces I wrote last year:

Don't just take my word for it! Don't miss the best of year posts from some of my other TCTB blogger friends below:

Posted by Compendium at 7:33 PM