"We Will Rock You" is Wild 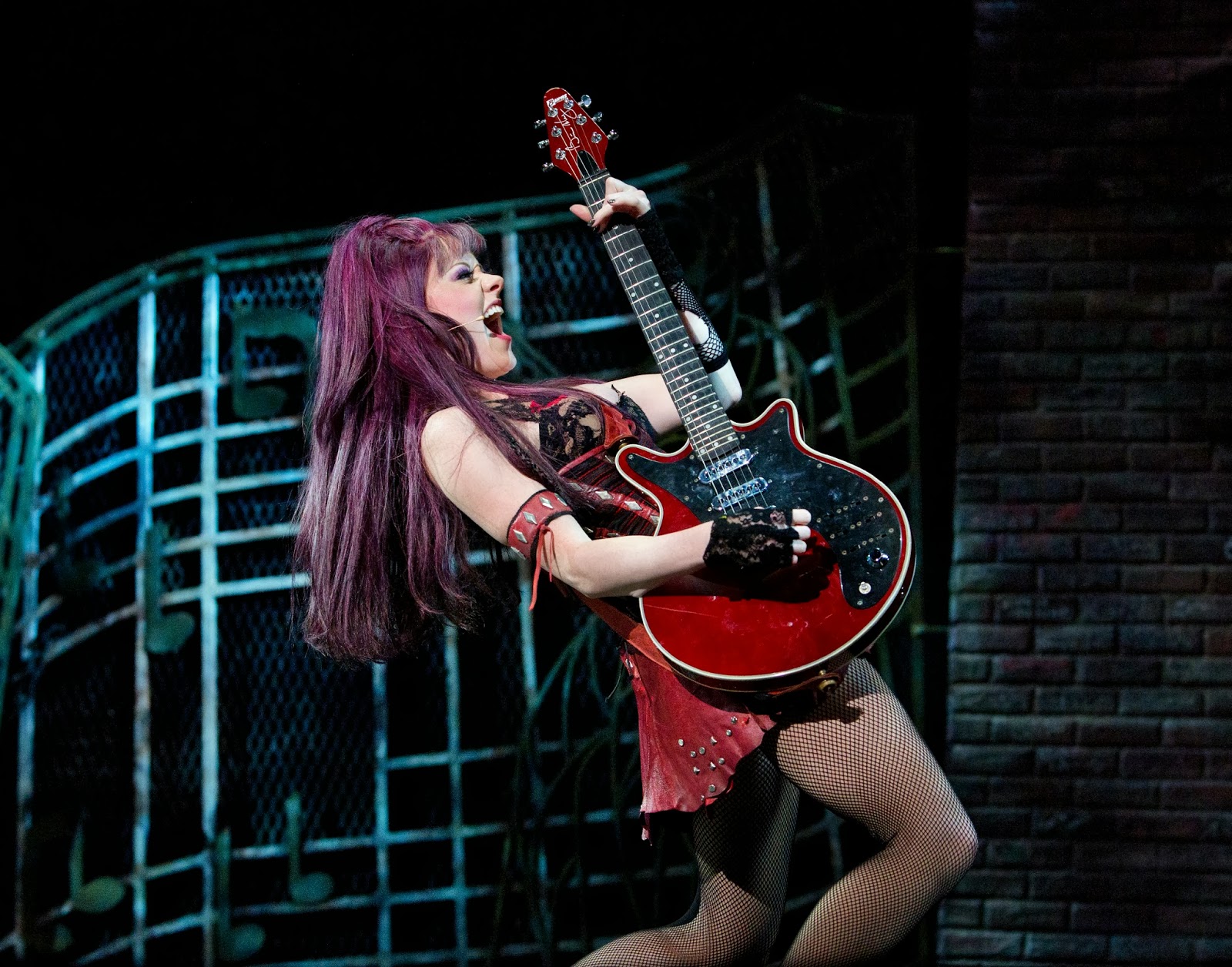 If I'm entirely honest, I have to admit: I thought I would hate this show.

But as long as we're being frank, I also have to admit: although it has several flaws (particularly the pretty out-there narrative), I had an extremely enjoyable time watching it.

We Will Rock You is a musical based on the music of Queen. The collection of songs are held together by a loose narrative set in a dystopian world where music is corporately commercialized, and little opportunity for creativity is allowed the general public.

There are those who fight back, however. Galileo Figaro (Brian Justin Crum) and Scaramouche (Ruby Lewis) have never fit in with the rest of pop music, and when they connect with the underground rebel bohemian community, sparks fly. The bohemians are intercepted by the powers behind oppressive corporate music, but not before the bohemians successfully set Galileo and Scaramouche on their way towards freeing the world from its generic pop grip. To break it down: think Steven Spielsburg Indiana Jones Nazi villains meet Queen meet Sasha Baren Cohen (phew!).

Crum's voice at times bears an uncanny resemblance to Freddy Mercury's, lending an air of authenticity to his musical performances. He's eager and high energy, two traits that continually got hte crowd involved.

The show's standout by far, however, is Lewis, whose voice definitively proves that the sometimes expressed opinoin that female voices are not suited to rock music is 1,000% false. She is hard and soft, abrasive and inviting, and every song she performed brought down the house. The show is worth attending if only to hear her sing. 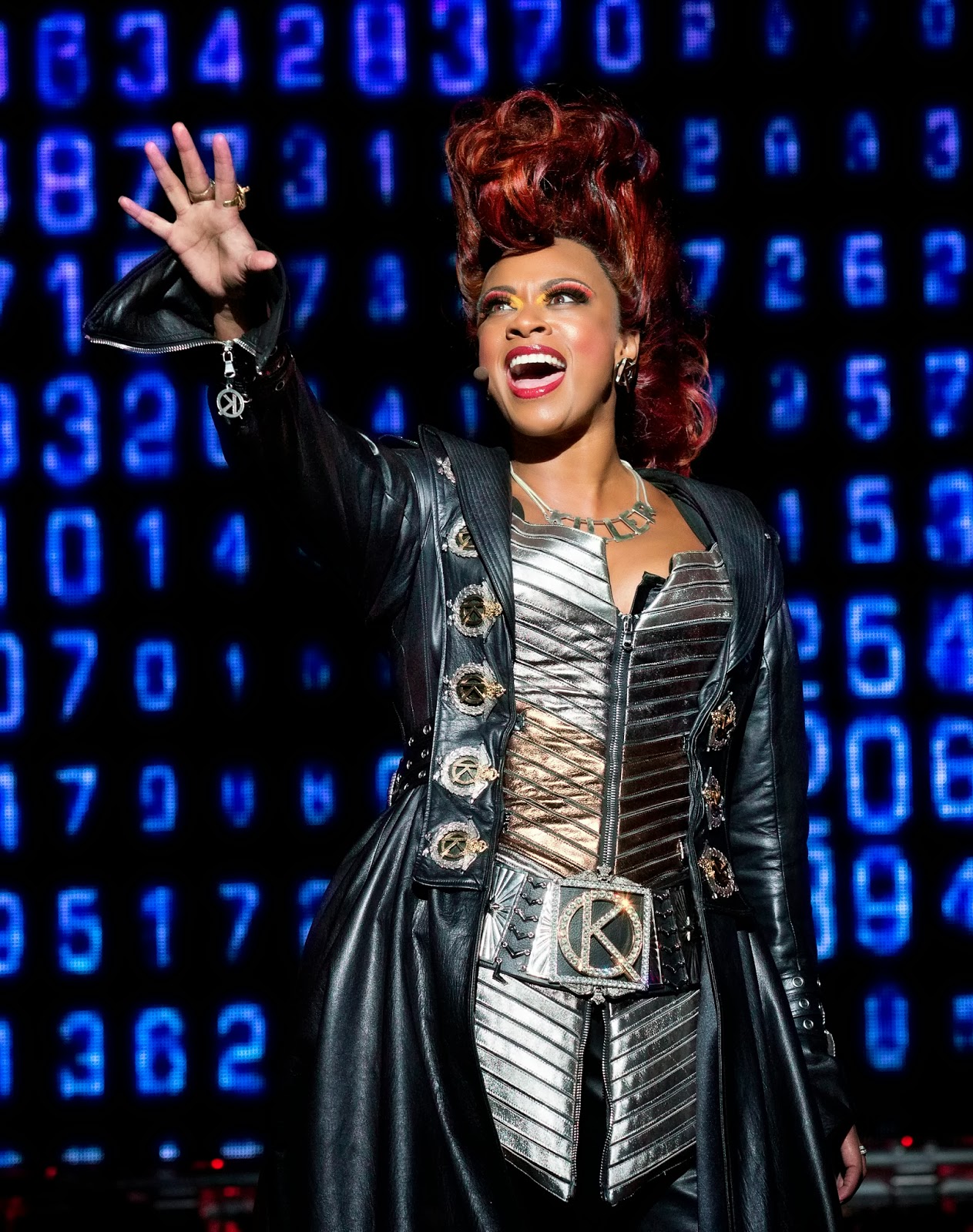 Other notable cast performances include Jacqueline Arnold as the Killer Queen, who is perhaps the most Ru Paul draglicious character I've seen on stage yet. Her performances aren't as high energy as those of Crum or Lewis, but her strutting is definitely enjoyable. For comedic relief, Ryan Knowles excels as Buddy. His droll, presumably pot-influenced bohemian is hilarious, and saves the second act when it begins to drag.

The best parts of the show, of course, are the songs (the theater interludes tend to drag We Will Rock You down). Standouts include "Somebody to Love," "I Want It All," and the balls to the walls encore of "Bohemian Rhapsody." Many songs had the audience singing, clapping, and/or on their feet, and it was great to see such a high energy connection between them and the performers.

Against all odds, We Will Rock You is an incredibly enjoyable rock romp, and it's particularly suited to fans of classic 80's rock music. It could use some tightening in the plot and a little judicious editing, on the whole it's definitely worth it for those rock fans. 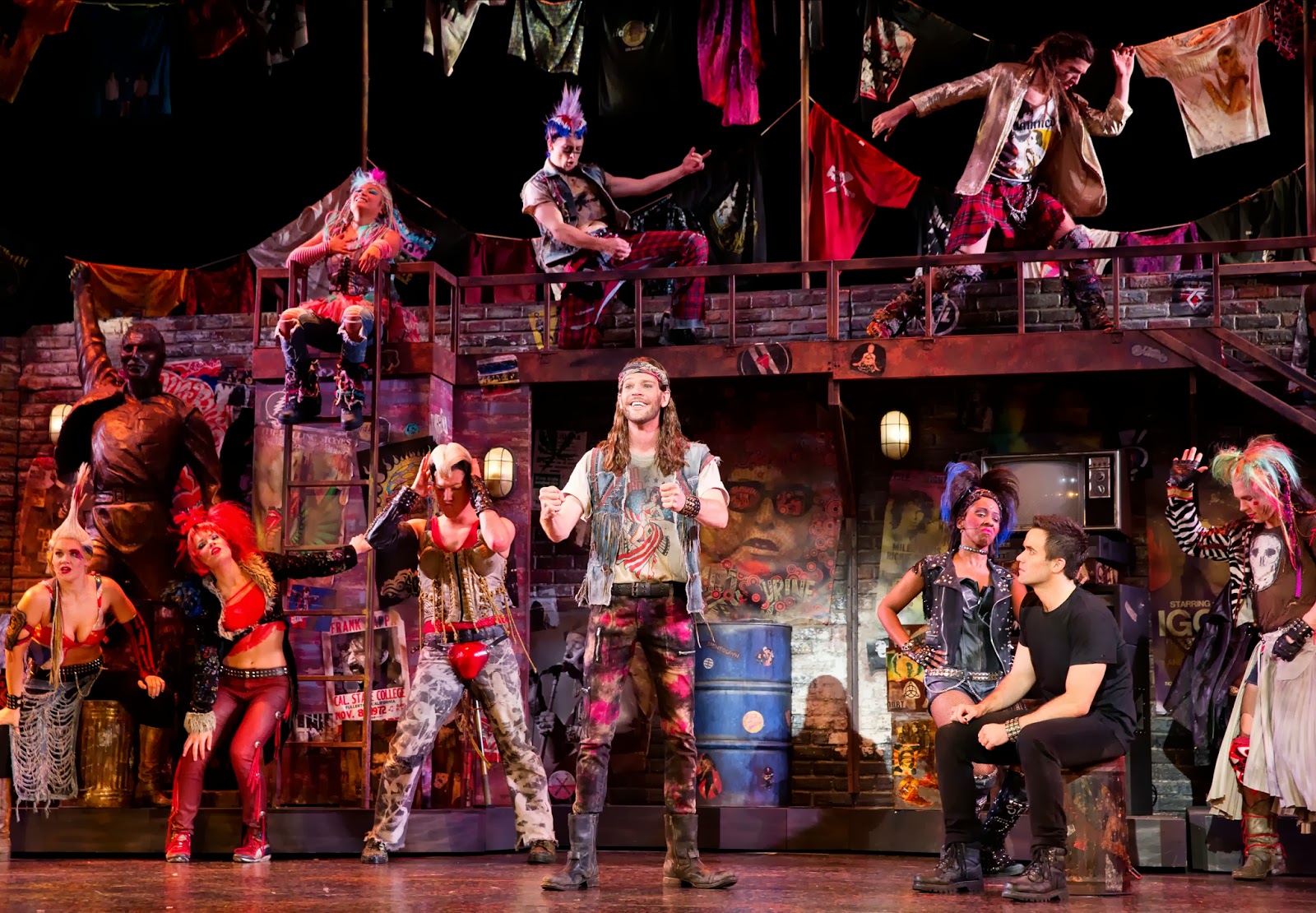 Posted by Compendium at 7:40 PM No comments:

"You know what we don't need? Another person who says 'thank you for your service.' They don't even know where we served."

When one gets used to attending theater in typical venues, it can be nice to see it moved to a new location.

The Veterans Play Project, a collaboration between Mixed Blood and local veterans, does just that. Set in a Fort Snelling training area, it provides a more rugged setting for its collection of vignettes about the veteran community's service (both in training and in action) and reception back at home.

Many of the players are former service members themselves, and their experience (and general lack of performance experience) lends a rawness to this project that serves it well. Although the play is a work of fiction, it's entirely based on real experiences service members have had, which were collected through an extensive interview process.

The actors are clearly emotionally connected to this subject matter, and that raw emotion makes their stories hit home. The disconnect between general civilians and service members has been extensively discussed (particularly in recent media concerning PTSD and veteran health and mental health care), and this project is perfectly poised to help bridge that gap.

Veterans have an understandably difficult time figuring out how to explain their experiences to the general public, and that hesitation makes it that much more difficult for the public to understand their service and try to help integrate them back into society. It's a pleasure to see a venue for those conversations to take place, those experiences (especially the negative ones) to be related, and communities to learn how to move forward in a positive way for everyone involved.

"Service is more than just war. Only 5% of them ever see it. Please don't make a movie that glorifies war."

Each vignette is interspersed with music, some of which is quite compelling. A particularly lovely rendition of "Into the Wild Blue Yonder" is definitely a highlight.

The Veterans Play Project is a good starting point for anyone curious about the experiences of service members, and anyone interested in learning how to communicate with veterans should definitely check it out as a great starting point for those conversations. It's a respectful, informative connection, and the Fort Snelling setting fits it well.
Posted by Compendium at 7:00 PM No comments:

German operas are notoriously difficult to make accessible, and the MN Opera does it with such grace in Arabellla that it's difficulty becomes barely perceptible. With a mix of love, jealousy, and a hot dash of passion, Arabella is an opera that any novice can appreciate.

Arabella is the eldest daughter of a noble but poor family (seemingly the story of all of Europen aristocracy in the nineteenth/twentieth centuries - see: Downton Abbey). Her family is so poor, in fact, tht her sister (Zdenka) is dressed as a boy in order to avoid the expense of showing her well and marrying her off.

Arabella is lovely and courted by many a suitor, but it is not until Mandryka, the nephew of a deceased (and wealthy) family friend, appears and appeals for Arabella's hand that she at last chooses a mate.

As with all great love stories (and operas), there is an obstacle to the happy union of Arabella and Mandryka. Matteo is one of Arabella's many suitors, one who is desperately unhappy at her refusal of his advances. Matteo is ready to kill himself without Arabella's love, Zdenka is in love with Matteo, and Zdenka's last ditch attempt to find a moment of happiness with him while subsequently diverting him from suicide almost derails Arabella's entire future.

This is a solid cast and one that seems much more accustomed to acting than many opera players I've seen in the past. Many players find ways to make their characters really pop through the dense German text and score, and it's a delight to watch them interact.

As Arabella, Jacquelyn Wagner is slow to warm up - but when she hits her stride, watch out. She's particularly strong in Act II, simultaneously funny, strong, harsh, tender, and all around in full control of herself and her situation. It's a pleasure to see such a strong woman in an opera script, and Wagner does it right.

Even better, and the standout of the cast, is Craig Irvin as Mandryka. Irvin swaggers and swoons across the stage, at times so raw that one wonders if he himself was jilted in the past. He has a lovely voice that is perfectly matched to Wagner, and I'd see the show again just for their moments togehter.

Bringing an extremely welcome comedic relief is Dale Travis as Arabella's father Count Wagner. Travis can only be described as strutting like a rooster across the stage, and he is bellyachingly funny.

The most interesting aspect of the score is its particular evocation of ecumenical music. Arabella's subject matter isn't churchy at all, but the phrasing consistently feels as if one is listening to a glorious choir in an old stone church. Somehow, this feels fresh, and it's an oddly invigorating twist.

Standout moments include an sinuously chromatic duet in Act I with Elemer and Matteo, and virtually any interplay between Arabella and Mandryka.  Their voices are perfectly paired, and their emotion is so tender, so raw, and so heart-piercing that it's impossible to witness without emotion. I have a hard time remembering another time when two skillsets were so perfectly paired, and their duets alone are far worth the price of admission. Act II as a whole is wonderful, in fact. Just go see the show!

As always, the set and costumes are lovely - no one does opulence (or in this case, stark opulence) like the Minnesota Opera.

Anyone with the ability should jump to see Arabella. It's witty, lovely, and an all around crowd pleaser. And for anyone concerned about affordability, the MN Opera offers incredible ticket discounts - a season pass through their sexy young group Tempo allows opportunities to see shows for only $24/ticket. You can learn more by clicking on this link.
Posted by Compendium at 9:19 PM No comments: