Artist of the Week: Miwa Matreyek

Just take a look at this: 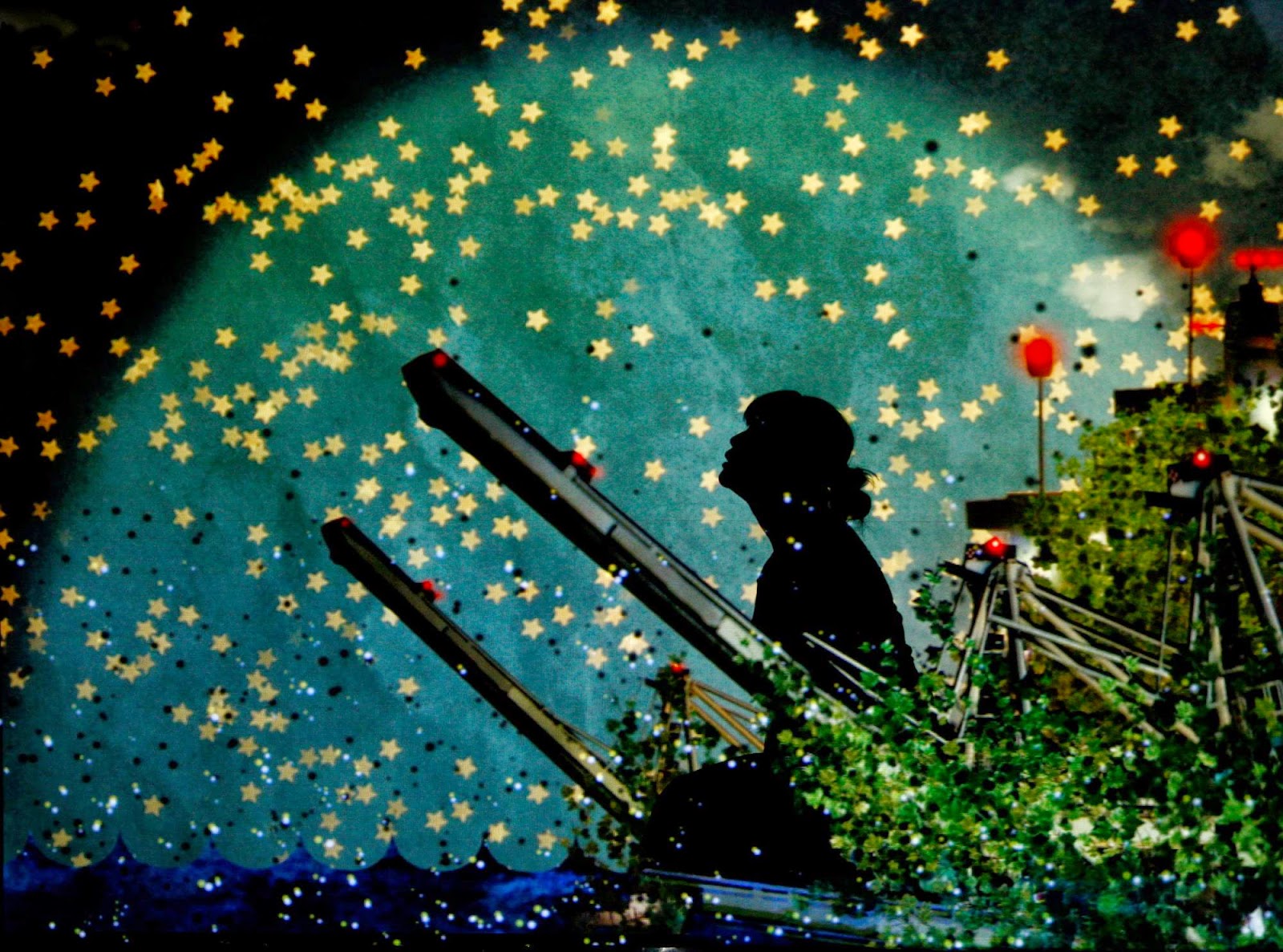 It's astonishingly beautiful, and a still of one of the most interesting visual displays I've seen in a long time. 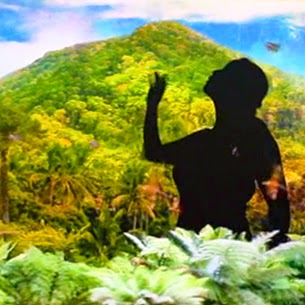 Miwa Matreyek is currently performing her unique blend of animation, collage and live silhouette choreography at the Walker, and it's gorgeous. I'm not quite as on-board with her films thematically (Expanding the Frame is supposed to tell the history and evolution of the earth and its environment - love the concept, but felt pretty 'meh' about the execution), but there is no denying that they are spectacularly beautiful. Just check out some of the images - and a sample of her film, shown at a TED conference - below. 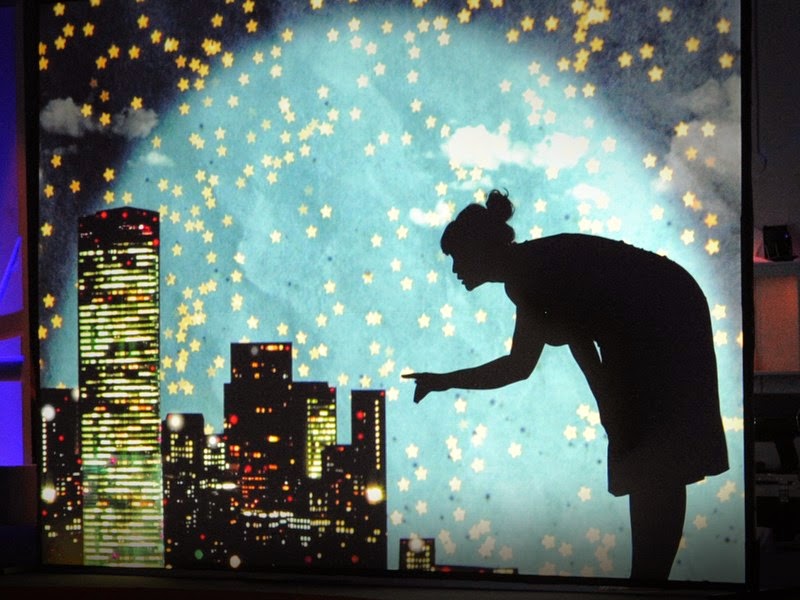 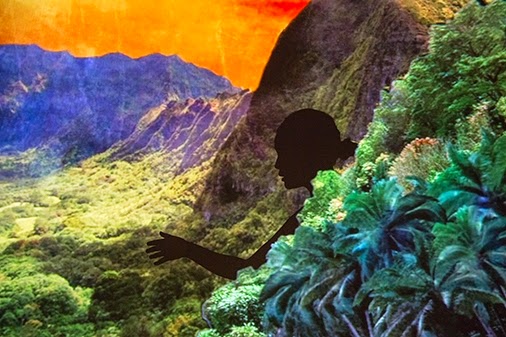 Posted by Compendium at 4:15 PM No comments:

Email ThisBlogThis!Share to TwitterShare to FacebookShare to Pinterest
Labels: Art

Reviewed in Brief: RED-EYE to HAVRE de GRACE with "Out There"

Do you like creepy things? Can't get enough of ghosts and insanity and the dank books of the 19th century?


If so, then Red-Eye to Havre de Grace, the Walker Art Center's current "Out There" performance, is most definitely for you. Following the last five (and heavily eccentric) years of Edgar Allen Poe's life, Red-Eye weaves together dance, stilts, optical illusions, park rangers, poetry, and a gaggle of instrumental backdrops (seriously, it's strange - clarinet, bassoon, two pianos played with at least four different techniques, etc.) to bring Poe back to life.

Red-Eye is by far the most traditional, narrative piece I've seen at an "Out There" performance, and for the most part it's a hodgepodge that works. Most Americans have at least heard of Poe at some point, and the masterfully constructed introduction to the show is invaluable in helping understand the narrative (in other words: don't be late! It's the best part of the entire production, and absolutely hilarious. It's about time someone "roasted" Poe). However, Red-Eye is just a little too long for the subject matter to keep your interest (90 minutes), and to be entirely honest, isn't fully engaging if you're not super into Edgar Allen Poe. There are things to enjoy, but it can feel too scattered.

This is the last of the "Out There" performances, and it ends this weekend - catch it while you can! Learn more by clicking on this link.
Posted by Compendium at 4:03 PM No comments:


It's always tricky to do a performance about a beloved character.

This can apply to any kind of person - screen sirens (Marilyn), royalty (QEII), etc. - but it's especially difficult in the comedy world, where great performances are already hard to pull off. Trying to emulate the success of something that became famous for it's unpredictability to start with can be a nightmare.

Successfully retaining the spontaneity of great humor while keeping it true to form AND fresh and funny is exactly the struggle of I Love Lucy: Live on Stage, a new pastiche portraying the eternally beloved I Love Lucy show as it is being filmed. Fans of the television show will pick it up quickly, but they may be hesitant to get into it - and in the beginning, that's fine. It takes a while for this Lucy to kick off.

After it hits its stride, though, it can be a mighty fun ride, in particular in Act II. Unlike the original television show, the Desi in this Lucy is by far the star - Euriamis Losada is fabulous as Lucy's lisping paramour - and he gets much more 'screen time' as the show moves on. He carries most of the comedic timing, but the real standout is his incredible singing voice. This is not a musical, but I found myself wishing it were for the benefit of hearing more of Losada's luxurious voice. He's lovely, and worth the show alone.

Thea Brooks does a fine job as Lucy Ricardo; she's no Lucille Ball, but let's be honest: who could be?! Brooks brings her own swagger to the character, and once one forgets the original television cast, it works just fine.

The costumes are unequivocally true to period and gorgeous. (ModCloth could make *a lot* of money capitalizing on those designs!) The set, unfortunately, does not keep pace and provides a relatively drab backdrop for the otherwise lively action on stage.

The show runs without intermission (a welcome surprise), and time passes quickly; make sure you stop by before it's done running! Learn more and buy tickets by clicking on this link.
Posted by Compendium at 3:52 PM No comments:

Reviewed in Brief: CAMPO "Still Standing You" with Walker's 'Out There' Series

Is this the post-modern gladiator?

I've said it before, and I'll say it again: the Walker Art Center's annual "Out There" series is primed to make you think.

Take, for example, "Still Standing You," the second piece in this year's series. This show had everything you didn't know you needed. Witty, informal exposition? Check. Contortions and physical tricks? Check. Male nudity? Check. Males playing with each others foreskins? Check and check.

(And yes, you did read that last line right - there was a solid 5 minute sequence which the fully nude players spent crawling and contorting around each other in various positions without ever letting go of each other's *ahem* 'sheaths.' Don't go with your mom.)

Despite the off-putting nature of some of this interaction, I couldn't help but feel that "Still Standing You" was really an exercise in absolute relaxation: what happens when people fully let go of their societal constraints, allowing themselves to use their bodies as toys and with completely open minded exploration?

Viewed from that perspective, this show was a masterpiece in pure creativity. There is a little bit of every emotion to be found here; primal noises, violence, spoofs and humor, love, comfort, safety, and danger. If nothing else, it was a very different portrayal of male sexuality and friendship than I'm used to, and a refreshing one; if this is what social evolution means, I'm all for it.

As always, the Walker's "Out There" series is perfect for anyone who needs a jolt out of their comfortable artistic routine. Find more information about the series (which has several events left) by following this link.
Posted by Compendium at 5:37 PM No comments: