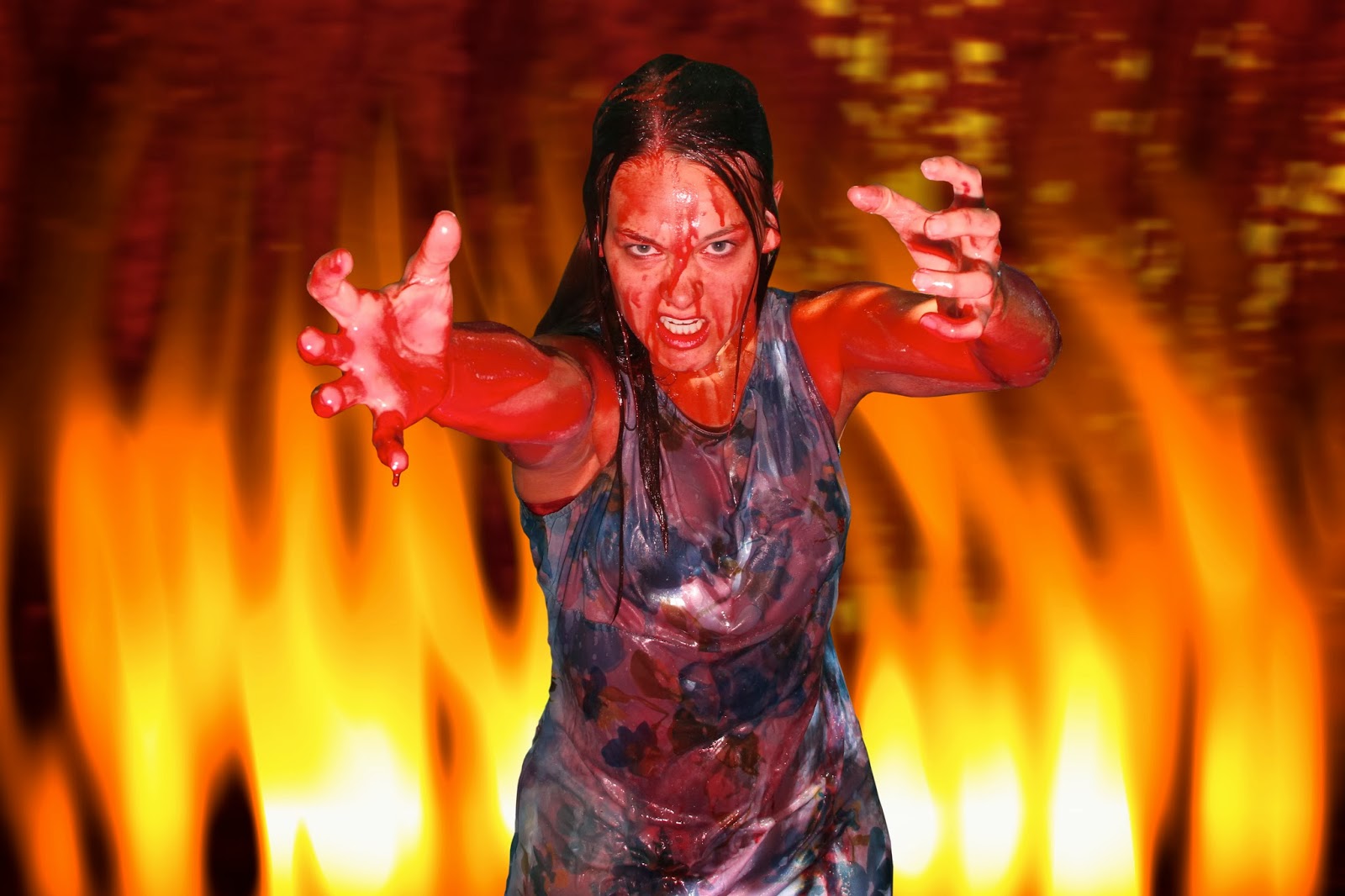 Like a phoenix rising from the ashes, Stephen King’s first hit Carrie has finally returned to the world of musical theater. Though the original adaptation is still considered one of the most expensive and most spectacular Broadway flops (ever), the re-worked version is being staged now at the New Century Theater, just in time for Halloween.

Carrie White is a late blooming teenager in her senior year of high school. Between being bullied at school and dominated by her overbearing mother at home, Carrie is set for a life of suffering and pain, until she discovers she can move things with her mind. Things seem to be looking up until Carrie’s schoolmates play a terrible prank on her – and Carrie’s telekinesis becomes her final, bloody weapon against her tormentors.

The benefits of putting such a story into musical form are debatable, and the results are mixed. Carrie opens with a strong ensemble performance of “In,” setting the audience up with high hopes. But the immediate follow-up, “Carrie,” is so full of awkward key and tempo changes that it’s hard to pick up the momentum.

Standout musical performances definitely include duets between Carrie and Margaret (her mother), such as “Evening Prayers” and “Stay Here Instead.” And the choreography in “The Destruction” is engaging, with all cast members somehow writhing, rolling, and slamming around in perfect time without looking at each other at all.

As Carrie, Jill Iverson shows a remarkably fluid range as Carrie. Her voice slithers between scenes, hitting high and low octaves with the full angst of a vengeful, bitter teenager. She manages to inspire empathy and pride as she takes her path of revenge, and it’s an enjoyable performance.

Philip C. Matthews is the perfect high school dreamboat as Tommy Ross; Natalie Schleusner has just the right repentant booze-on-Saturday-night-church-on-Sunday-morning pitch as his girlfriend/narrator Sue Snell. Their empathetic views toward Carrie White significantly soften the “scary” in this Carrie, but the show still manages to hit some creepy notes.

Carrie is an exercise in experimentation in just about every way. What happens when a young girl is pushed to the edge? When we give her supernatural abilities? Can a horror story work as a musical? Just like Carrie herself, it’s worth making a visit to the New Century Theater and giving it a chance.

Carrie runs through October 27 at the New Century Theater in the City Center. Click on this link to purchase tickets and learn more about the show.
Posted by Compendium at 9:47 AM