Booty and the Beast is Blissfully Blithe 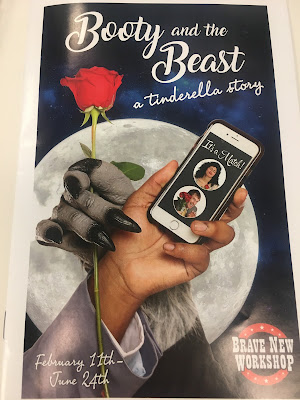 One day, I would love to be a fly on the wall at a brainstorming session for the Brave New Workshop's (BNW) feature shows. Somehow their comedic crew always comes up with something fresh, on point, and timely.

Their current piece Booty and the Beast: A Tinderella Story fits perfectly into this paradigm, nestling neatly between the release of the live-action Beauty and the Beast (starring every-famous-star-you've-ever-seen) and an explosion of thinkpieces (including Aziz Ansari's excellent Modern Love) about the state of modern dating. Waffling between fairy tale parodies and asides on current dating habits, there is something for everyone to relate to in this hilarious show.

Standout sketches include the opening number, a glorious, perfectly pitched riff on "Belle" from Beauty and the Beast detailing the criticisms a woman goes through when she decides to be adamantly single as well as the target placed on her back by serial harassers. Others include an entertaining jaunt through one gay man's Tinder messages; the vagaries of using Buzzfeed quizzes to determine your life and happiness; a Tinder-based fairy godmother advising fellow fairy tale creatures how to find true love; the strange morals that come from fairy tales; the concept of a programmable robot date for women; and many more. Part of the fun of BNW is the spontaneous feel of the sketches, so I won't list them exhaustively; instead, make sure you go see the show and giggle through every vignette. 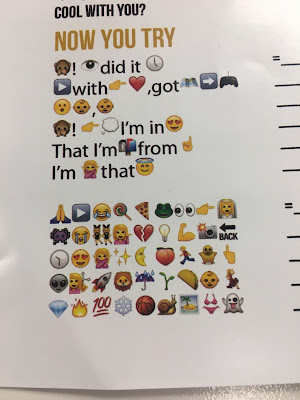 It's worth noting that this is the first show I've seen at BNW that is heavily led by the cast's two female leads, Taj Ruler and Lauren Anderson, who carry the show with ease. Taj is always a favorite mine, and she weaves between a myriad of characters with some impressive vocal work and a really lovely singing voice. Lauren is wonderful at making awkward characters (always based on someone you know - everyone has one of those awkward people in their lives at some point) really relatable, using humor to find the heart. Denzel Belin has a larger role in this show and provides a welcome non-CIS perspective to many of the sketches. His sarcastic commentary gives a refreshingly honest perspective to how ludicrous many dating behaviors are. Ryan Nelson and Tom Reed bring the bro into the show and provide an interesting contrast for gendered behaviors and gamely dive into any strange task they are asked to perform. By so happily flipping the script and shining a light on the ridiculousness of arbitrary objectification, Nelson and Reed are able to provide some surprisingly nuanced critiques of patriarchy and the gender roles we all fall into. And I would be remiss not to mention the amazing accompaniment of Jon Pumper, who provides pitch-perfect piano pieces to support each tenor of the sketches. 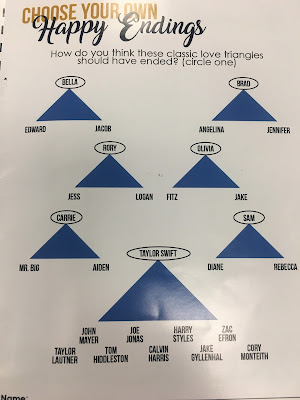 Booty and the Beast is a sketch comedy and intended to be silly, and it definitely fits the humor bill. But it also crosses into serious satire territory, using the seemingly innocent platform of dating apps and fairy tales to demonstrate some thoughtful reasons that we may all want to pause when considering our society's relationship with relationships. As is said beautifully by Artistic Director Caleb McEwen:

"At times it feels like we are defined less by who we are than we are by the relationships we form. It is as if society has deemed us incomplete, broken things that must be bolstered by others in order to be made whole. It is more natural for a young woman to be locked in a dungeon and slowly coerced into cohabitation with a giant lion-dog than it is for that same woman to be on her own and content in her own individual development. Thus we have a tradition of fairy tales in which princesses are locked in dungeons, towers, glass coffins and fish bodies until a man can save or somehow "fix" the - yet being single is considered odd."


Bravo Caleb! I couldn't have said it better myself.

If you're looking for something really fun to do, feel like you need a good laugh, or simply want to escape the seriousness of the world for a while, check out Booty and the Beast. It has heart, it has brains, it has chutzpah, and it will make you laugh while it makes you think - a total home run. It runs through June 24 and it is absolutely worth a stop. Find more information and purchase tickets by clicking on this link.
Posted by Compendium at 1:36 PM