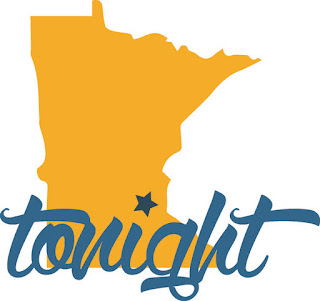 CD's are out and vinyl is in. MP3 players went the way of the dodo, and parachute pants and chokers are back on fashion's frontlines. But you know what old technology is having the biggest renaissance of all? Radio.

Radio in the form of podcasting, that is. Who could have predicted even 10 years ago that an over 100-year-old technology would be the way of the future? With smash success podcasts like Serial and S Town (the former which broke the internet on its release in 2014 by going straight to #1 on iTunes and hitting 5 million downloads faster than any other podcast; and the latter which smoked Serial's record two years later by hitting 10 million downloads in only four days) sweeping the nation and jumps into the podcast pond from everyone from blogger influencers to Malcom Gladwell and Tim Ferriss, it seems everyone has some skin in the podcast game.

And why not? Personally, I think that in our oversaturated pop culture and era of unending newsfeeds, blips, clips, and quick taps and swipes there is a *deep* yearning among the general populous for thoroughly researched stories, nuance and thoughtfulness. It's why we're seeing such an upsurge in readership of major news and long form publications that have struggled ever since the internet ripped the print business model to shreds, or seeing an upsurge in interest in documentaries, or have long-form monologues like John Oliver's Last Week Tonight receiving millions of YouTube hits. People crave considered perspective, and it's just not possible to provide that level of insight in a 140-character soundbyte.

I am a huge fan of podcasting, online shows and long-form comedy for all of the above reasons. Additionally, they provide a free medium that can give me something to do on my walking commute or data entry days, and there are so many terrific, totally unique podcasts* that provide information I can't really find elsewhere. So I was so excited when MN Tonight reached out and asked if I would be willing to attend a live recording of Episode 5 of Season 2 of their life TV show. Although MN Tonight isn't technically a podcast (it's an online television program), the format really felt like my favorite podcast and comedy shows, so it was an opportunity to witness something totally new. I'd never heard of the show, but I couldn't pass this one up; an opportunity to indulge my nascent podcast obsession, get an inside view into how online shows are recorded and written, and learn more about serious issues facing Minnesotans today? SIGN ME UP SALLY.

MN Tonight is a multifaceted package; think Steven Colbert's musical interludes meets the Daily Show's correspondents meets John Oliver's well-researched monologues and interviews, and wrap all that up with a focus solely on Minnesota politics and current events, and you have a good idea of the subject matter. Season 1 tackled light subjects such as Islamophobia, police brutality, water quality, trans rights, and marijuana and liquor law changes on the ballot. Season 2 fits right into the fold with episodes (so far) on the bee and pollinator crisis, refugee communities, and affordable housing, all issues about which I'm super passionate and deserve a deeper (and more fun) dive than local newspaper clips are able to provide. Wednesday's show was a bit of a mix-up due to the special session at the state legislature; the show had Representative (and all-around #girlboss) Peggy Flanagan on deck to discuss the urgent issue of affordable childcare in the state, but she was unable to attend due to, you know, doing her job and shit. Thankfully the team was able to pull in Bharti Wahi, the inimitable head of the MN Children's Defense Fund**, and she did an admirable job of explaining the issues facing our state's most vulnerable population. MN Tonight founder Jonathan Gershberg did a good job of pinch-hitting to help fill the gaps, and it will be very interesting to see where he takes the show as he matures in his role as the show's host.

Outside of the featured interview, there were some inspired performances by the Shrieking Harpies***, who provided a few hilarious (and totally improvised! so impressive) songs about the Minnesota summer, brunching and other awkward tales. Kerri and Kenzi did a hilarious segment on the issue of legalizing weed that hit home with much of the Millennial audience. But my favorite sketch was easily Native American correspondent and MN Tonight writer Dave Anaya's wonderful segment on LIHEAP****, a vital federally funded program that provides financial assistance to provide heat through the winter for those with low incomes. As you might imagine this is an issue key for Minnesotans, and is urgently threatened as the program is on the chopping block in Trump's new budget. Anaya gave a richly rounded overview of LIHEAP and argument in its favor, and I would love to see more segments from him in the future. His winning delivery and clear passion for the subject really sold it to the audience, and you could see him fitting right in with Trevor Noah's Comedy Central crew.

Despite the programming hiccups, I had a romping good time at MN Tonight and I'm looking forward to tuning in to future performances. It's so fun when organizations "lift the veil" and allow audiences to participate in their activities. I stand 1,000% behind MN Tonight's mission to make issues that tend to be dry or boring for people in Minnesota a little "sexier," and I think they have a crack team that's only going to go further. I LOVE that they focus on issues facing all of Minnesota, even the small, poor, rural areas. I grew up in a small town and although I'm a city girl now, there are tons of people still living outside of the Metro and their issues matter too! There's a clear focus on diversity in the show, and I imagine that will only continue to grow as it evolves. The Brave New Workshop is a great comfy venue for MN Tonight and I hope that as the audience grows, more live shows can be added than just once a month (think Prairie Home Companion style).

I highly encourage you all to check out MN Tonight - I mean it IS free y'all - and support some of the causes they are detailing. The show is not only fun but provides real, actionable ways that all Minnesotans can be involved in making our state a better, safer, happier, healthier place to live, and who doesn't love that? Plus at the very worst, their branding is dope AF and you can get some gorgeous new local art to Instagram. Tickets are $10 in advance or $12 at the door. You can check out MN Tonight at their website here, where details about the next live show and copies of past episodes can be found.

* I can recommend you *so* many podcasts - faves for sure are Malcom Gladwell's Revisionist History, The Tim Ferris Show, The Skinny Confidential, Serial and S Town of course, Krista Tippett's On Being, and NPR's How I Built This for starters - and that's just the tip of the iceberg.

** Check them out guys - they do amazing work and always need extra support! Worth a volunteer day or a donation for sure. Link here.

*** The Shrieking Harpies are currently in residence at HUGE theater through the end of June, so make sure to check them out.