A Walk on the Dark Side: An Interview with Jonathan Weir/Jafar in Disney's Aladdin Tour

I think many people stereotypically assume that the best part to play in any script is the role of the hero. I mean, who doesn't want to be admired and spout pithy quotes and swashbuckle their way to a glorious ending? It's great, right?

Speaking from experience (and the success of shows like Wicked that flip the villain's script), I can say that this is not always the case. The role of the villain is often one of complexity, range, depth, challenge, and, dare I say it? Fun! After all, it takes a lot more work to make an audience respect, or especially to like, a character full of nefarious deeds and sinister subplots.

Jonathan Weir, who is starring as Jafar in the touring production of Aladdin (coming to Hennepin Theatre Trust next week!) is no stranger to loving to play the villain. Having served in the role of Scar in The Lion King on and off for 13 years, he has worked all over the country and survived more than 30 years in the business, which is no mean feat. I sat down with him to chat about his work on Aladdin, his illustrious career, and much more. Read on to learn more about the ins and outs of working on a Broadway touring show!

1. You have over 30 years in this business! That's a long time in any career, and Broadway can be notoriously grueling. What keeps you going?

The majority of my 30 years in the business has been based in Chicago. I’ve been fortunate to have worked on Broadway three times in the past 2 years doing The Lion King and I’ve done a few national tours of The Lion King, Jersey Boys and now Aladdin.  The business of acting can be trying, challenging and grueling wherever you’re geographically based. I’d say what has kept me going is the Chicago theater community. I’ve grown enormously as an actor and I continue to be challenged and inspired by my fellow actors, directors and designers here in Chicago.

2. Having had such a long, legacy relationship with The Lion King, you clearly have an interest in Disney and these stories that are now considered children's classics. What drew you to Aladdin after such a long time in The Lion King world? Have you noticed any specific differences between each experience?

I have had a unique relationship with Disney.  I did the second national tour of The Lion King which started in Chicago back in 2003. I was a Scar/Pumbaa standby and left after a year.  However, every few years Disney would call me to come standby on the tours and eventually on Broadway. I never dreamed that I’d do The Lion King on and off for 13 years. As an actor I have an interest in working in all kinds of plays. There was a lot that drew me to auditioning for Aladdin but foremost was that Disney does it right. They spare no expense in bringing a story to stage and they take exceptional care of the cast and crew. That was my experience on The Lion King and it has held true for Aladdin as well.

3. You've played Scar and now Jafar, and I read that you would love to play Ursula as well - do you have a special penchant for playing villains? What appeals to you about embracing the "dark side”?

The ideal of playing Ursula was said partly in jest. She’s one of the iconic Disney villains and she has a special flair. However, given the state of female roles in theater, playing that role is best left to any of the phenomenally capable actresses out there. I seem to have found a niche in playing the Disney villains. I think it’s always fun to play the antagonist, to play a character that has a strong point of view. For the record I have played some nice guys in my career too.

4. Playing such iconic characters must be a little difficult sometimes, as people have preconceived ideas of them from the movies. How much of yourself are you able to bring to these roles? Do you find the familiarity of the story challenging?

During rehearsals we were encouraged to bring ourselves to our roles. To not just imitate or recreate what was done in the animated feature or on Broadway. As an actor it’s vital to bring yourself to any role and to own it. Jonathan Freeman, who was the voice of Jafar in the animated feature and who plays the role on Broadway, created a rich road map and many iconic moments. However, we are not only different actors but have had different life experiences, and those experiences inform our individual takes on the role.

5. What is the most special part about Aladdin to you - sets, costumes, cast and crew, etc.?

It’s the people. I love being in a theater. Not just on stage but in the building itself. I love interacting with all the different departments, stage crew, props, wardrobe, makeup, orchestra etc. Being in a building that holds that much talent means endless creativity.  I’m fortunate to have made a living doing what I love.

6. What is it like to be a touring actor for a Broadway show? The schedule and travel must be intense. How does it differ (aside from the obvious) from other productions that don't tour?

First off, maintaining and keeping a long-running show fresh is a challenge but rewarding. I always say getting the job is one thing, but maintaining and giving an audience a fresh show nightly is craft. Touring is a different beast. I was fortunate to be in Chicago rehearsing and running Aladdin for 22 weeks at home. The perks of touring are that you get to explore a variety of cities and come in contact with a wide array of people in the business. I love to travel. The downside is that you’re away from family and friends.

7. How long did it take between casting to get to performances for this show? What is the rehearsal process like?

My initial audition and callback was in NYC in September 2016. I was cast later that month. We started rehearsals in Chicago on February 27, 2017, so I had about 5 months between casting and starting rehearsals. In those 5 months I had several costume fittings in NYC. We rehearsed for about 5 weeks, had 2 weeks of tech, previewed for a week and opened in Chicago in mid-April of this year. The rehearsal process was truly a joy. Everyone in the cast was supportive, caring and encouraging of the work that was being done in the rehearsal room. This is one of the most generous, talented and loving casts I’ve worked with.

8. How do you keep a semblance of normalcy on a tour like this? What kinds of self-care do you practice?

That’s a good question. Keeping a sense of normalcy or routine is key while on the road. The cast becomes close knit and having that “family” helps. Doing Aladdin nightly requires a great deal of energy. I do a few things to maintain my physical health. I work out several times a week at the gym, I get massages, I stretch and warm-up before the show.

9. What is your favorite theater experience as a performer (most fun to be a part of)?

Boy, that’s always a tough one to answer.  I’ve had so many favorite experiences as a performer. Most recently, last summer I played Malvolio in Shakespeare’s Twelfth Night for Chicago Shakespeare’s summer parks tour. We performed outdoors in 19 Chicago parks. It’s free to the public and going into so many diverse neighborhoods and connecting with audiences like that was very satisfying. We had little kids excited about Shakespeare! And anytime you can turn someone on to live theater it’s a good day at work.

10. Conversely, what is your favorite experience as an audience member (best show you've seen)?

Back in 1989 I attended a final run through of Steppenwolf Theatres The Grapes of Wrath directed by Frank Gallati. It was a final run through in the rehearsal hall with rehearsal props, and a few costume pieces. It was right before they went to Broadway with the show. It was one of the most moving, exhilarating and inspiring theater experiences I’ve had.

11. What are your hopes for future projects? Anyone other than Ursula you'd love to play? Do you see yourself leaving the Disney universe?

I will do this tour then I imagine return home to Chicago. It’s my home base. As for future roles…one never knows. I’d like to do more Shakespeare and I enjoy doing new works.

12. I read that you had a great teacher in high school that inspired you to get involved in drama. How important is education and outreach to you? Do you consider that part of the job? What are ways you give back?

I am a big advocate for training and education. I had some very influential teachers and mentors along the way. One of them taught us that once you start acting you’re a student for life, both in your on stage life and off stage. I believe the two are intrinsically connected. I am an adjunct professor in theater in the Department of Fine and Performing Arts at Loyola University Chicago. I love teaching. To help a student find a way into a character and grow is very fulfilling.

13. What advice would you have to young performers who are hoping to enter this field?

How much time do you have? I believe that the journey to becoming a performer happens differently for every individual. That being said, I believe there are some absolutes. A few words of advice:

Before you go... did you like this post? Would you like to see more interviews? It's been a while since I regularly conducted interviews but I'd love to mix it up if you are interested. Let me know in the comments! 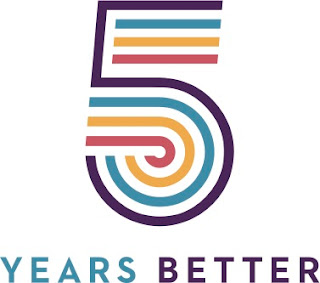 And don't forget to enter the drawing for four free tickets to see Grease at Chanhassen Dinner Theatres to celebrate Compendium's fifth birthday! It's so easy to enter and you can win a full table of tickets for free - you don't want to miss out.

Posted by Compendium at 4:37 PM